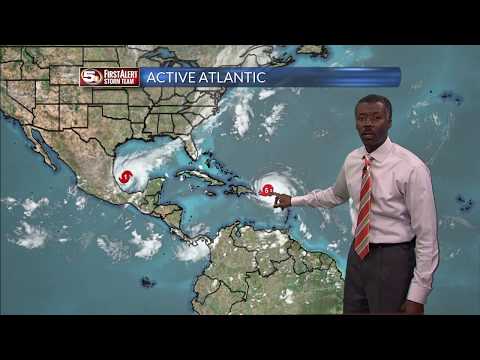 Wondering where Alan Sealls has been lately? He explains in a video message that he's no longer with WKRG News 5 and will see "which way the wind blows."
posted by Mason - 8 months ago

Alan Sealls announced yesterday on Facebook that he and WKRG couldn't come to terms on a contract. He'll be missed!

He was always brilliant when delivering information about our weather on the Gulf Coast - whether it was abundant sunshine or Hurricane coverage, Alan is the best!

Here's a little more about Alan Sealls from the WKRG website:

Alan is a ten-time Emmy winner. He has won best weather anchor in Alabama six times. He won a national award for a series on climate change and a best-in-Alabama award for his documentary retrospective on Hurricane Ivan. In 2017 Reddit.com users voted him “Best Weatherman Ever” during Hurricane Irma, after one of his weather segments went viral on social media. Alan has also received numerous community service awards and recognition's.